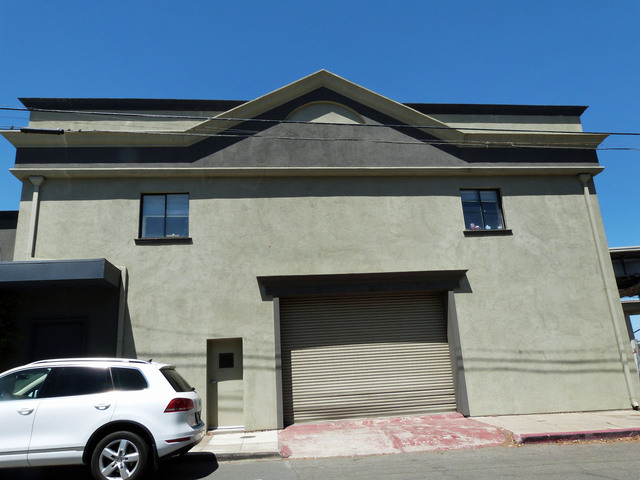 The Columbia Theatre was opened by 1913. By 1941 it was listed as part of the T & D Jr. Enterprises chain. On July 14, 1951 it was renamed Lanai Theatre and operated as a movie theatre until at least 1958. It later became a concert venue.

A 1914-1915 Polk directory for Contra Costa County lists a theater called the Columbio, located in Valona, which was a community that has since been absorbed into Crockett. It was almost certainly this theater. Columbio might have been a typo, or perhaps that actually was the theater’s name at that time.

The main part of the building the Columbia was in is certainly old enough to have been around in 1915. In fact it looks late Victorian. The modern addition which looks like it was built as a new entrance and lobby for the theater appears to date from the late 1940s or early 1950s.

This house might be found listed in later years as the Lanai Theatre. I don’t know if it ever showed movies under that name, but in 1969 as the Lanai Theatre it was the scene of concerts featuring notable Bay Area bands such as the Grateful Dead and Quicksilver Messenger Service.

The Lanai (formerly Columbia) Theatre opened on Saturday July 14, 1951 with the world premiere (or so the ad in the Richmond Independent proclaimed!) of the Warner Brothers Technicolor musical “On Moonlight Day”) with Doris Day and Gordon Macrae.

The Lanai apparently had trouble attracting patrons in small town Crockett from the beginning. I vaguely remember reading an article in the Richmond Independent about the owner closing the theater temporarily and then deciding to re-open and give it one more try. As I recall the Lanai was open off and on for the next few years after that. It was still operating in June of 1958 when I left the area but I doubt it lasted too much longer after that.

Joe Vogel is right about big name Bay Area bands using the Lanai for live performances in the late 1960’s. Same thing applies to the Rio Theatre in Crockett’s neighbor city of Rodeo.

An early 20th century vaudeville organization’s journal called The Player has in its issue of July 25, 1913 a list of theaters in Crockett (there were four!) and one of them is the Columbia.