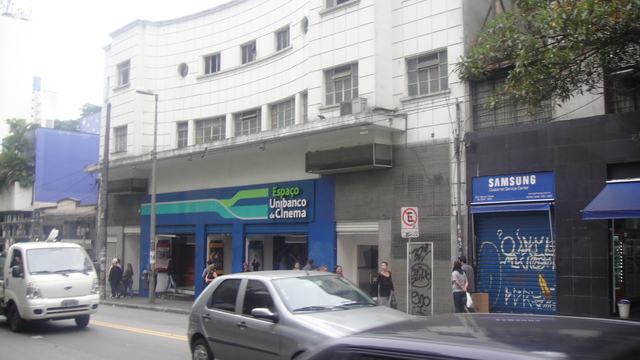 Located in the upmarket Jardim Paulista district. The Cine Majestic was opened in 1947 as a single screen cinema.

It was later tripled and has been re-named Espacio Unibanco de Cinema. Screens 4 & 5 have now been added in a conversion of a building across the road at 1470 Rua Augusta.