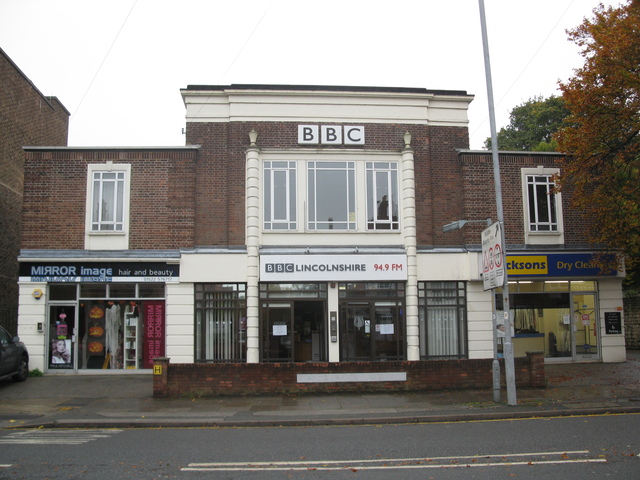 Located in the Newport district of Lincoln. Designed by W.J. King, the Radion Cinema was the last Lincoln cinema built before the war, opening on March 27th 1939, with all seats occupied to watch Barry K. Barnes and Valerie Hobson in “This Man is News” and Gracie Fields in “We’re Going to be Rich”. Seating was provided on a stadium plan, with a raised stepped section at the rear. Due to the outbreak of World War II in September 1939 the cinema was closed and was taken over by the Army. In 1947 it was taken over by the J.F. Emery Circuit, based in Manchester and they operated it until 1957.

The Radion Cinema closed on 16th July 1960 with Danny Kaye in “The Five Pennies”. After a spell as a supermarket became home to BBC Radio Lincolnshire in November 1980. The interior of the cinema has been divided into several levels, but apparently there is some original decorative detail hidden behind false walls and ceilings.