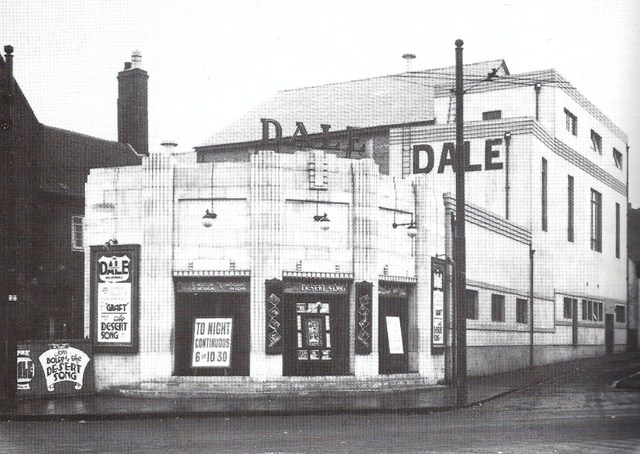 Built on the site of the 400-seat Coliseum Cinema (1914-1931) at the corner of New Road & Bilston Street. The Dale Cinema was opened on 31st October 1932 with Jean Hersholt in “Viennese Nights”. The single storey corner building contained the cinema entrance, leading the the main three-storey high auditorium block. Seating was provided in stalls and circle levels.

The Dale Cinema was closed on 30th December 1967 with Dick Van Dyke in “Lt. Robinson Crusoe”. It was converted into a bingo club, which opened on 16th February 1968. Since 21st December 1999, it opened as a pub known as The Malthouse, as part of the J.D. Wetherspoon chain.