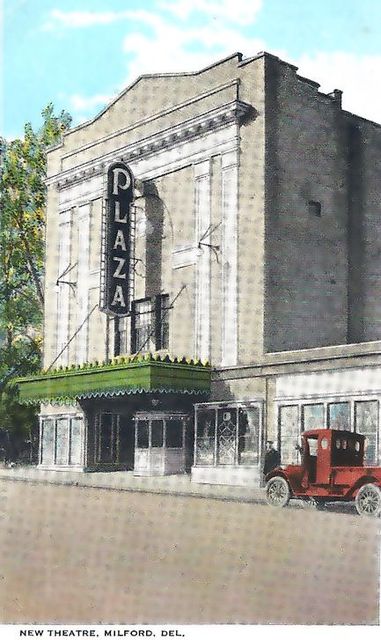 It was replaced by a new theatre designed by architects John Eberson and Drew Eberson which opened on June 4, 1948 as the Milford Theatre (it has its own page on Cinema Treasures).

The Plaza burned shortly after closing on Friday, September 22, 1946 in a spectacular blaze fought by dozens of firefighters from many nearby communities. Schines replaced it with a luxurious 1,600 seat theater that opened on June 1, 1948 and was considered to be their crown jewel.

The Plaza burned on September 23, 1946. Capitalizing on the Plaza fire the Armory building was quickly converted into the Shore Theate. The Shore Theatre opened on October 28, 1946. The Schine circuit responded by commissioning the Ebersons to reconfigure what remained of the Plaza combined with a new build which was christened The Milford Theatre (which opened in June 1948).