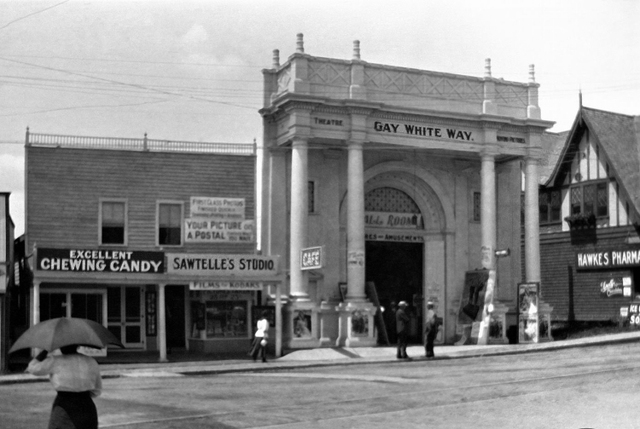 The Gay White Way Theatre was opened as a motion picture theatre in 1908. The entrance was in a portico that was framed by two Ionic style columns on each side.

The owner Frank Ellis had moved the building from St. Aspinquid Park in 1908, the white columns were found at the entrance to Revere Beach.

The theatre had closed by the 1910’s and became a ballroom for local dances. It was then converted into a roller rink, and its last use was as Freida’s Arcade. It was destroyed in an arson attack in 1951.