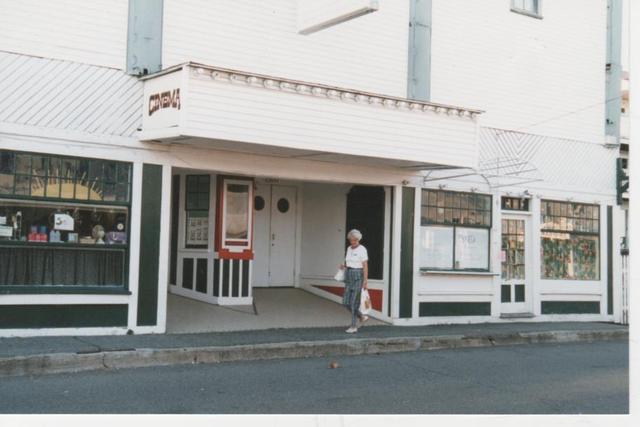 The York Beach Cinema opened prior to 1941 and closed after Labor Day 2006. It was demolished at the end of October 2006.

Can you say more?

Take note New England, another piece of your history just went away. Sad that this had to happen. As an owner in the shallower pool of independent cinemas I know what a loss this is to everyone involved. The staff of the IOKA salutes all of you that worked so hard to support this cinema over the years. You will be missed.

Here is a photo of the demolition:
http://tinyurl.com/ykksyz

This was my favorite theater and I knew the person who ran it. It had been around since the early 1900s and they still used the original projection equipment. Before being a theater it had been an ice house. It was a very sad day when it was torn down.

The Theatre Historical Society on-line archive has the MGM Theatre Report for the Beach Theatre; it’s Card # 469. Address is Beach St. There is an exterior photo dated March 30, 1941. Condition is Fair. The report says it was remodeled in 1941 and was showing MGM product. It had 450 seats on the main floor and 150 in the balcony. It was open only in the summer. A competing theater was the Harbor Theatre in York Harbor, which dated from 1919, had 350 seats and also was a summer-only operation. The 1940 population was 3,200.