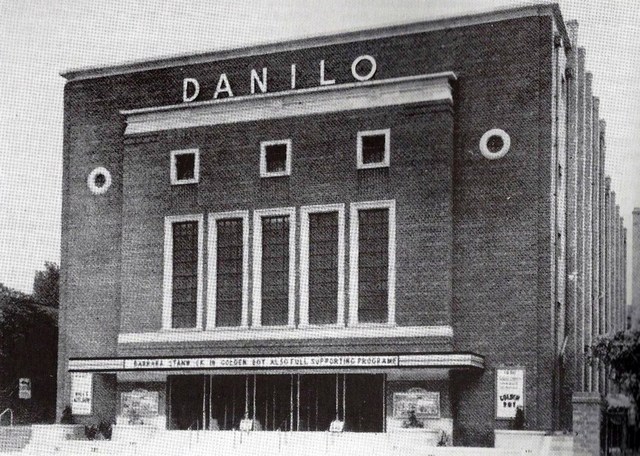 The Danilo Cinema was the last of Mortimer Dent’s small chain of Danilo Cinema’s to open. It opened on 13th May 1940 with Kenneth Kent in “At the Villa Rose”(House of Mystery).

The building was set back from Hagley Road and had a forecourt in front. The facade in rustic brickwork had white stone dressings around five tall windows containing leaded glass panes. Above these were three square windows and on each side of these were a circular window, all edged in white stone. The name ‘Danilo’ was placed on top of a white stone ledge. Seating in the auditorium was provided for 970 in the stalls and 410 in the circle.

By 1947, it was operated by the Southan Morris S.M. Super Cinemas Ltd. and it passed onto the Essoldo circuit in February 1957.

The Danilo Cinema was closed on 21st December 1963 with Jacqueline Ellis in “The Yellow Teddy Bears” and Barbara Steele in “The Terror of Doctor Hitchcock”. It re-opened as an Essoldo Bingo Club on 27th December 1963. Later becoming a Coral Bingo Club which continued until June 1955.

In August 1996, it was converted into the Picturehouse Nightclub. A single storey extension was built on the forecourt at the front of the building. In 2007, it was presenting lap dancing. In 2009, it was Screens wine bar.

This was my favorite cinema in Stourbridge, Ned Williams book Cinemas Of The Black Country has two new photos of the cinema.