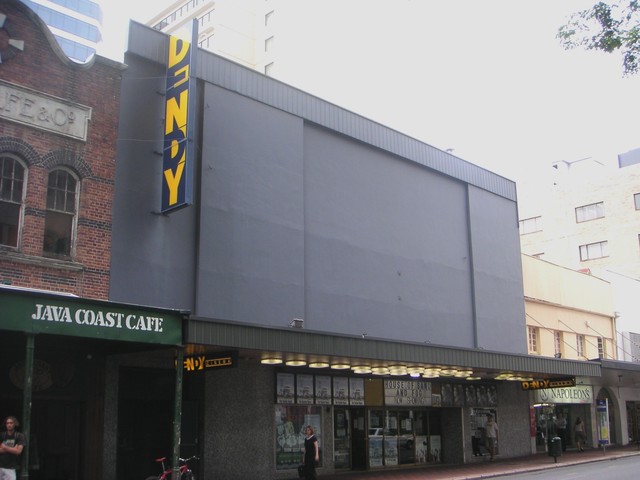 Located in the city centre of Brisbane. The Lyceum Theatre was opened as a cinema in 1906 with 800 seats. It was renamed Elite Theatre in the 1920’s.

In 1965, it was rebuilt by Greater Union Theatres and re-opened as the George Cinema with Sophia Loren in “The Fall of the Roman Empire”. The cinema was equipped to screen 70mm films with stereophonic sound. The foyer was decorated with ‘Roman’ style statues and urns, and had Italian Renaissance style decorations in the auditorium. The George Cinema operated until 1991 when it closed and lay unused for three years.