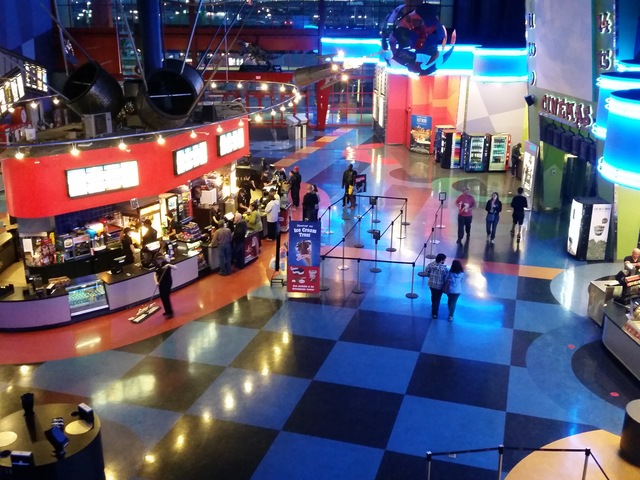 Opened by Famous Players as a SilverCity theatre on May 5, 2000. Taken over by Cineplex briefly in 2005, and then sold to Empire Theatres in September 2005 to satisfy competition regulations after the Famous Players/Cineplex merger.

Mike Rivest’s guide lists the theatre as having 3,932 seats, with the largest auditorium seating 443 and the smallest seating 157. However, one auditorium was retrofitted into an IMAX theatre in July 2011, and the current seating capacity of that auditorium is unknown.

There is also a Zone Arcade (formerly TechTown) and Coca-Cola Freestyle.

This changed owners again, this time to Landmark Cinemas as Empire sold all of its theatres.

To add Mike again, the newer SilverCity in CrossIron Mills that opened in 2010 has taken over its role once held by Country Hills. This time, the building aesthetics has a look of a Cineplex Odeon.

Not liking that they had to reduce seating just for the sake of installing those bulky and space-consuming luxury recliner seats.