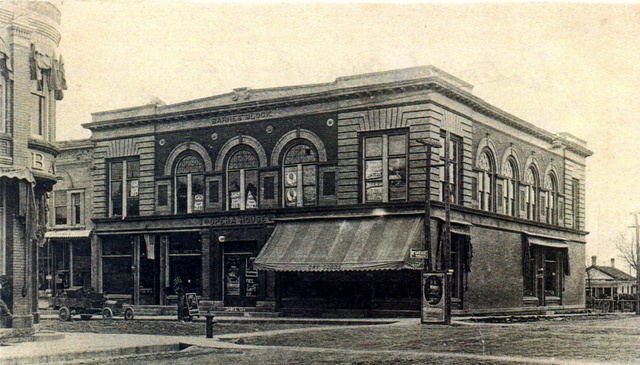 The Barnes Opera House was built in 1904 following a fire of 1903 which destroyed businesses on the entire block. The Barnes replaced the Wolf Mercantile Store [Hurd Block] and other businesses and offered vaudeville and music in the auditorium-style hall with brass and red-velvet seating arranged on an incline with a ballroom upstairs. Traveling shows and the Chautauqua circuit of educational topics, campaigning politicians, school plays, and local bands were standard performances.

In later years, it became the Fox Theatre, and then the local vocational school used the hall for electrical wiring and upholstery classes. In the early-1960’s, the ballroom became a youth center and dairy bar.