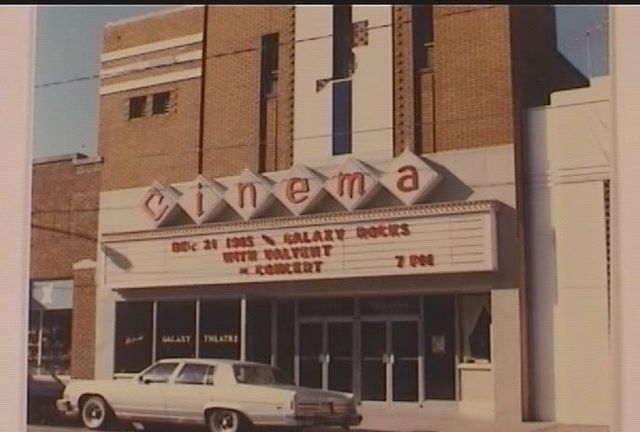 Opened as the Watts Theatre in 1929. The Galaxy Theatre was operating a a rock concert venue in the 1980’s.

The Viccar Theatre was across the street from the Watts/Cinema/Galaxy Theatre (139 West Main Street), next door to Rose’s 5-10-25 Cent Store. The former Viccar Theatre still stands but has been converted to retail.

The Galaxy Theatre (aka Watts Theatre, Cinema) was located at 134 West Main Street. It is now an empty lot.