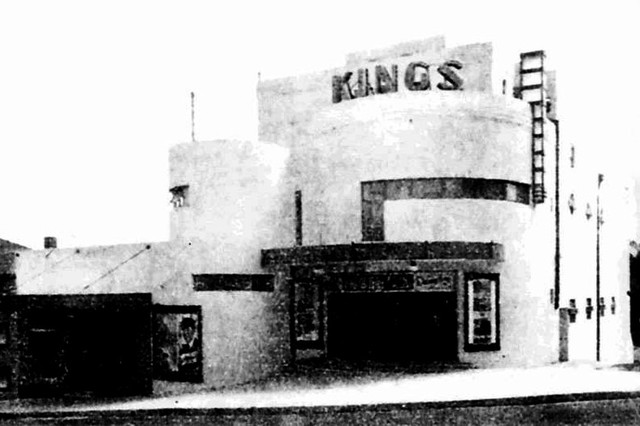 The Kings Circuit was a new concept in suburban theatres. Joint managing directors were George Webster and Guy Crick who combined their skills in exhibition and architecture to create a varying but recognizable chain of theatres. Their Better Theatres company focused on the prosperous North Shore and Eastern beach suburbs of Sydney, and their first was the Rose Bay North Kings Theatre.

With seating for 660 in stalls and circle levels, it was the smallest of the chain and opened on 22nd June 1935, with Gary Cooper in “Lives of a Bengal Lancer”. It was leased to E. Smythe and stayed in the Kings Circuit until 1947. Greater Union Theatres had bought the Kings Theatres chain in 1946, but new owners of the Rose Bay North King Theatre in July 1947; P. Sourry and A.A. Coroneo continued on their own.

The Rose Bay North Kings Theatre closed in 1958 with a program of James Cagney in “These Wilder Years” and Rex Reason in “Under Fire”. The building was bought by Mills & Mills and occupied by Boyce Brothers, a womens wear manufacturer. In 2006 it became a Coles Supermarket with the exterior basically unchanged and even the Coles signage designed to echo the old Kings logos.