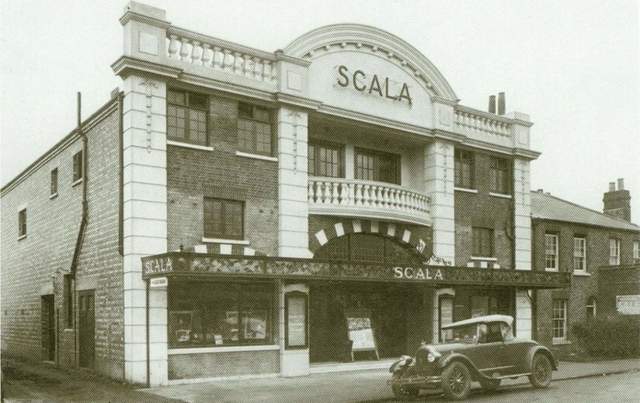 Located in the North Camp district of Farnborough, Hampshire. The Scala Cinema was opened on 14th November 1927. It was a red brick building, with stone dressings, designed by architect R.A. Briggs. It was built for Mr. C. Darby, who also owned the Avenue Electric Theatre on the opposite side of Camp Road. Seating in the Scala Cinema was provided for 537 in the stalls and 190 in the circle. It was originally equipped with rear projection, with the projection box located behind the screen.

It became a bingo club, and later a Laser Tag games centre. It is now in use as a Kingdom Hall of Jehovah’s Witnesses.

The online source for this photo of the Scala claims that it is from 1925.