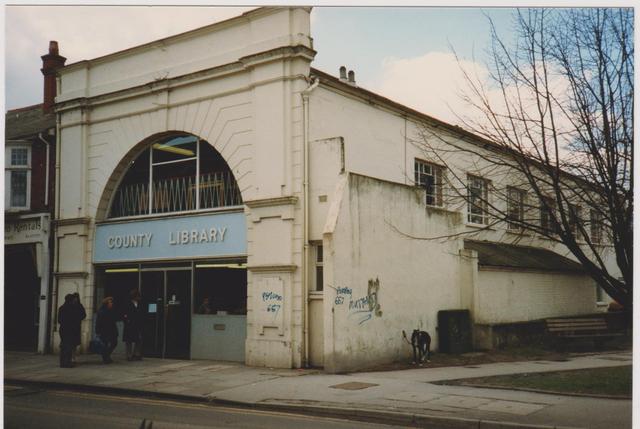 Located on the corner of Elm Lane and North Street, Havant, Hampshire. The Havent Empire Kinema was opened on 14th July 1914. As well as screening films there were variety acts performed on its stage. In the late-1920’s the seating capacity was increased to 450 when a balcony was added.

A new Empire Cinema was built on East Street in 1936, and the Havant Empire Kinema was closed in July 1936 with Jessie Matthews in “Evergreen”. During World War II, the building was used to store torpedoes. After the war, it became a builders merchants for Reeves Ltd. In 1970, it was purchased by Hampshire County Council and converted into a library. It was demolished in 1989.