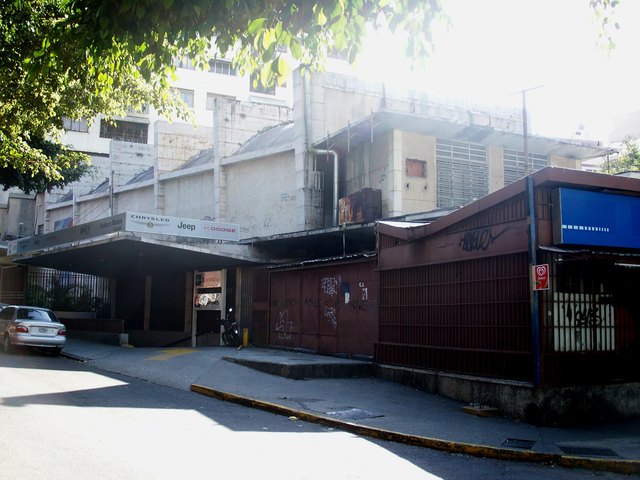 Located in the southern district of Colinas de Bello Monte at the apex of Avenida Neveri and Avenida Caurimare. The Teatro Colinas opened in 1957 with Harry Belafonte in “Island in the Sun”. Seating was all on a single floor.

The Teatro Colinas was closed in 1971, and was then used for storage. When seen in March 2007, the foyer was in use as a computer store, with a garage/workshop underneath. The auditorium is a church.