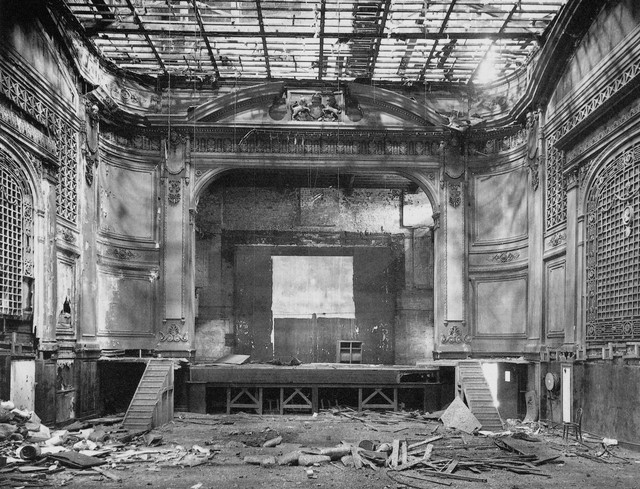 Located on Manningham Lane at the corner of Snowden Street. Opened as the Alexandra Theatre on 26th December 1864 with a pantomime “All That Glitters is not Gold”. It was designed by local architects Andrews & Son & Pepper. Originally seating was provided for 1,800. The proscenium was 32 feet wide. Films were screened in the late-1890’s, but it remained a playhouse, with an annual Christmas pantomime for many years. Actors such as Sir Henry Irving and Ellen Terry appeared here, and it was at the Theatre Royal that Sir Henry Irving made his final appearance in 1905, prior to his death at Bradford’s Midland Hotel.

In early-1921, the Theatre Royal was closed and the interior gutted and remodeled into a 1,350-seat cinema, re-opening as the Theatre Royal Picture House on 5th December 1921 with Charlie Chaplin in “The Idle Class”. It was equipped with an Andrews 2Manual/22 stops organ, which was played by organist David Clegg.

In 1965, the Theatre Royal Picture House was refurbished and was put up for sale by a liquidator. It was sold to a company named Expo 20 Ltd. and was re-named Irving Royal Cinema, re-opening on 27th February 1967 with Al Jolson in “The Singing Fool”. The London based Classic Cinemas chain took over on 19th October 1967, and it was re-named Classic Royal Cinema. The Classic Royal Cinema was closed on 16th November 1974 with Dustin Hoffman in “The Graduate”.

The building lay derelict for some time, and was later converted into a store. In 1990, the building was declared to be in a dangerous condition and was demolished.

A photo from circa 1985 of the closed building here:–

Projection was from behind the rear stalls. When 70mm equipment was installed a lot of decorative edging under the front of the balcony was chiselled off to accommodate the picture height.