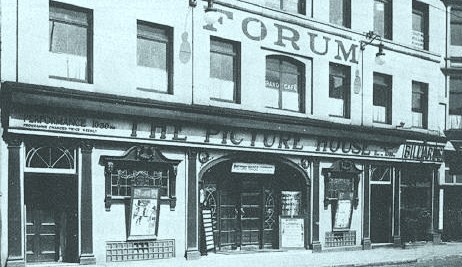 Located in the city centre in what was previously known as Town Hall Square. The Picture House was opened on 23rd December 1912 with “A Heart of Stone”. The 585 seat cinema was a conversion of a warehouse. There was a cafe on the first floor where afternoon tea was served ‘gratis’ to ladies in the auditorium. Also in the building was a billiard hall.

The Picture House was equipped with a 2Manual Hughes organ in 1920, and the cafe became known as the Forum Cafe.