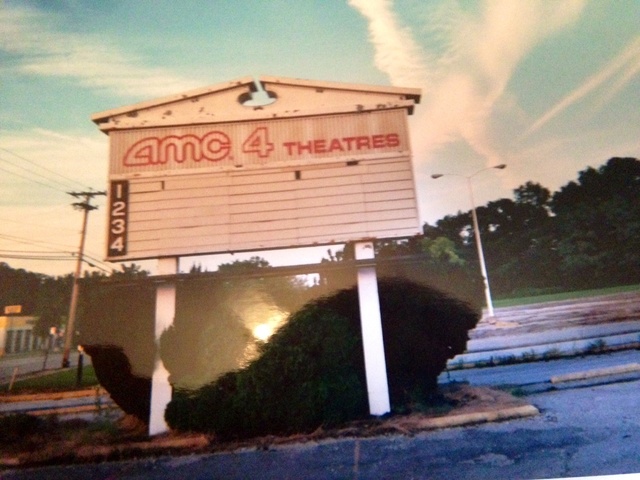 This theatre opened as a single screen if my memory serves me correctly. I think a 2nd screen was added and eventually both those theatres were twinned, but I am not certain. I think they started out as “Budco” theatres from the Philadelphia area. Budco was eventually purchased by AMC Theatres. I think this theatre opened in the 1960’s and lasted about 30 years or so. However, that is only an estimate. I know Budco built a theatre in Lancaster – the Wonderland – which started out as a single, a second theatre was added and then eventually both of the theatres were twinned. The York 4 was built adjacent to the Stony Brook Drive in which has been replaced by another just what is needed shopping center.

The last movie I remember seeing at this theater was Twister in 1996, i’m not sure when it closed. It has been replaced by a heartless business strip and Holiday Inn that no one stays at.

Dennis is correct. This was a large single-screen theater operated by Budco that was twinned in 1976. They split the main auditorium down the middle and operated as a twin for a time (both much longer than they were wide), then constructed two smaller theaters perpendicular to the others on the left-hand side. The newer auditoriums were much smaller, maybe only 200 or so seats each, and were the most hideously decorated theaters I’ve ever seen. It was like they were designed by a color-blind decorator with really bad taste. The name at the time was the Budco York Cinema 4. When Budco twinned the York Cinema, they closed the 1930s-era Hiway Theater on West Market Street.

AMC bought-out Budco in 1988 (approximately) and renamed it the AMC York 4. AMC also acquired but declined to reopen the adjacent Stonybrook Drive-in. An AMC regional manager told me at the time that they had no experience or interest in drive-ins, and in any event didn’t want to compete with themselves. AMC closed the York 4 in the late 1990s and it sat vacant for quite some time before the York 4 and the Stonybrook D-I were both demolished to make way for a strip mall, hotel and townhouses.