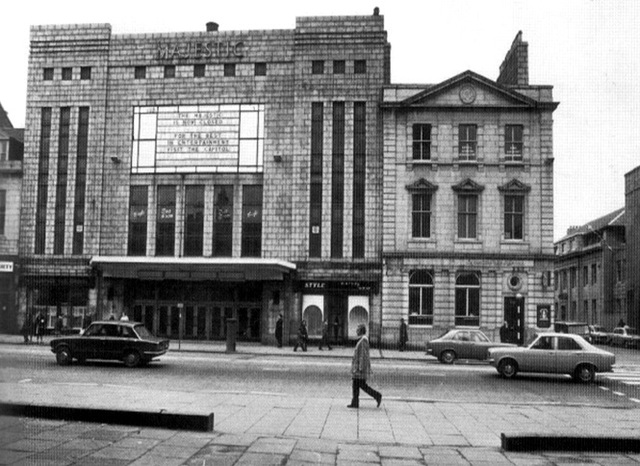 Opened on 10th December 1936 by Caledonian Theatres Ltd. The Majestic Cinema was built on an extended site, originally occupied by La Scala Photo Playhouse. The opening film was “Eliza Came to Stay”. It was equipped with a Western Electric(WE) sound system As well as films, the Majestic Cinema staged occasional variety shows and had a 30 feet wide proscenium, and four dressing rooms. There was also a cafe for the convenience of its patrons.

The Majestic Cinema was closed on 29th September 1973 and was demolished.