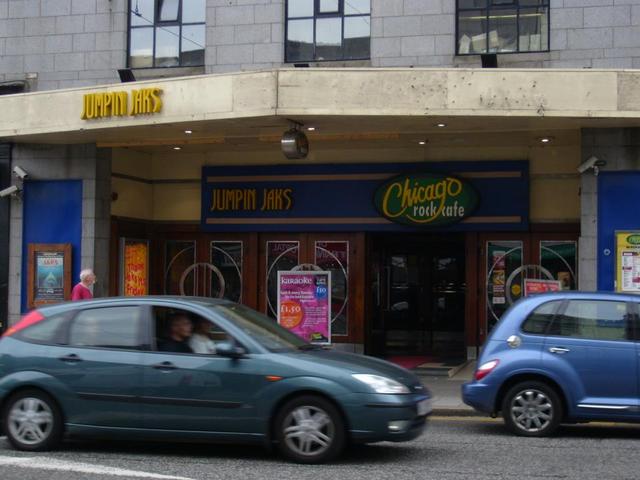 Built on the site of the Electric Cinema (1910-1932). The Capitol Cinema opened at 3pm on Saturday 4th February 1933 with Joan Crawford and Robert Montgomery in “Letty Lynton” and on the stafe the Henrietta Fuller Dancing Troupe. Aberdeen’s ‘Cinema in Excelsis’ cost between 60,00 and 70,000 GB Pounds, of which an unheard-of 40,000 GB Pounds was spent on interiors alone.

A wide foyer, with elegant stairways leading down to the stalls foyer and up to the circle foyer and the lilac-black-and-gold restaurant seating 120 patrons on gold basket work chairs, discreetly but efficiently served by uniformed “nippies”(waitresses). A trio would entertain diners from the end-wall alcove, reflected in full-length rose-tinted mirrors on the opposite wall.

The 2,100 seater auditorium was unique in Scotland in being entirely illuminated by a Holophane system. The walls were oatmeal, the side organ grilles and proscenium covered in silver leaf, brought enchantingly to life by the constantly-changing, subtle coloured light playing on these surfaces from the coving around the proscemium, ceiling coves and the organ grilles. The main curtains in deep sea-green swept back to reveal a silver festoon curtain on which the footlights and battens threw even more dramatic colour effects. It was said that it took 48 hours for the colour combinations to repeat. The heart of this system was a room next to the projection box in which ranks of motorised dimmers whirred constantly as they faded the colours in and out.

Completing the lavish look was a Compton 3Manual/8Rank theatre organ, which rose from the orchestra pit to entertain audiences between films and stage turns. It was opened by organist Edward O'Henry. The Capitol Cinema was the only cinema in Aberdeen to boast full stage facilities.

Amazingly, the Capitol Cinema struggled on as a cinema, even putting on live shows from time to time. The Rolling Stones, Tina Turner and Neil Sedaka have played there. It barely made it into the current century, closing in 2001 to be sold and “redeveloped”, butchered, actually. The magnificent cafe is now a store and the auditorium is divided horizontally into a disco upstairs and bar/restaurant below. The organ grilles and proscenium arch have been retained and the Compton organ is still “in situ”. In theory, could be raised, but it would look mighty strange, stranded in the middle of the restaurant floor. The building stood empty and unused since 2008, and the auditorium was demolished in February 2014. The façade will be saved to be used as the entrance to an office building on the site of the auditorium.

On 26th May 1977, Historic Scotland designated the Capitol Cinema a Grade B Listed building.

The Compton theatre organ was a 3Manual/8Ranks instument. According to the opening text it is still ‘in situ’ in what is now the Chicago Rock Cafe usage of the original stalls area. The nightclub in the former circle area is called Jumpin' Jaks.

It is a Listed building, as if that means anything with Scottish Heritage!

This will more than likely seem like a stupid question but does anyone remember what the Captiol Stewards use to wear?

The nightclub, Jumpin' Jaks, which was in the upper half of the auditorium, closed in late 2008. The restaurant in the former cafe had already closed by this time, meaning that the brutal subdivision of what was possibly the best preserved art deco cinema in Scotland was all for only two to three years of leisure use.

Photographic surveys can be found on an urban exploration website:

Jumpin' Jaks (upper half of auditorium):

The former Capitol Cinema is in the process of being demolished. Although the frontage will be retained. Auditorium will be replaced by a office block and underground car park.

After Rank and 20th Century Fox fell out over CinemaScope installations and length of runs the Capitol became the home of Fox CinemaScope films in Aberdeen from 1954 to 1958/9.