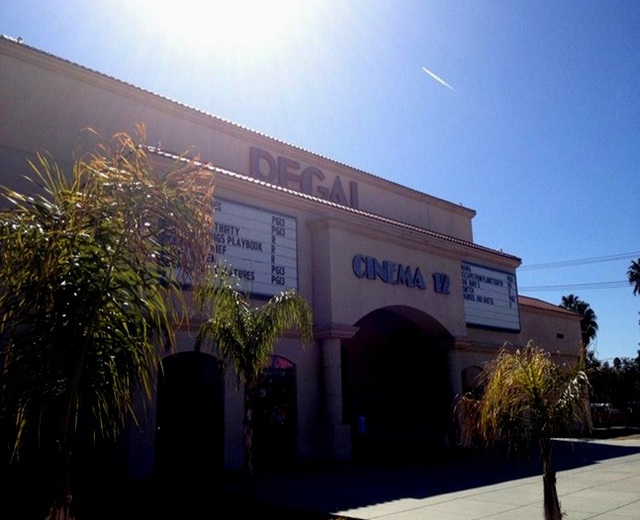 The Hemet Cinema 12, designed by Thomas Berkes, originally opened as a Krikorian Theatre on December 21, 1994. There were previous plans by Edwards and Cinemark to open complexes in Hemet but they eventually faded away.

On February 12, 1996 the Riverside County Business Press announced that Krikorian Theatres was selling the Hemet 12 to Regal Cinemas. Another Inland Empire theater, which would mark Regal’s entry into the West Coast market, was the Cinema 8 in Lake Elsinore. In all, Regal was buying 69 screens at eight locations from Krikorian for $14.1 million and about a half a million shares of stock.