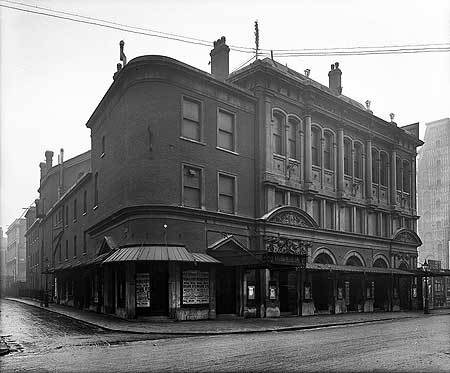 Built on the site of the Royal Aquarium Theatre, the Imperial Theatre had its entrance on Tothill Street, opposite Westminster Abbey in Westminster, central London. It was opened on 15th April 1876. It was designed by architect A. Bedborough and had seating provided for 244 in the orchestra stalls, 133 in the pit stalls, 202 in the balcony, 163 in the upper circle and 214 in the gallery.

Alterations were carried out in 1898 by architect Walter Emden, and again in 1901 by architect Frank T. Verity. The seating capacity had been reduced to 1,150. The Imperial Theatre was closed on 24th November 1907. It was demolished and the current Methodist Central Hall was built on the site.

Although the Imperial Theatre never screened films, after demolition the interior of the theatre was installed in 1909 in the Imperial Palace Theatre in Canning Town, East London. This was originally opened as the Royal Albert Music Hall, and the reconstruction happened in 1909. It later became a cinema, and was destroyed by fire in 1931. Rebuilt in 1932, it became the Imperial Cinema, and later the Essoldo Canning Town (which has its own page on Cinema Treasures.)