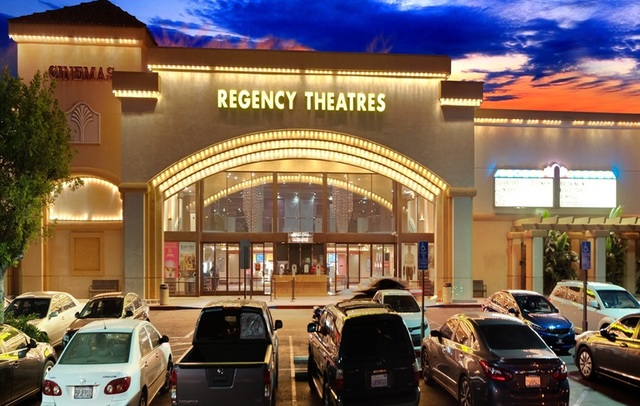 Edwards Theatres opened the Towngate 8 on May 12, 1989. An Orange County Register report in August of 2000 listed the theater as one of Edwards closed locations.

However, a sublease was taken up by UltraStar Theatres on July 26 of 2000 and they operated it until closing it in 2006. The closing was due to the opening of the Harkins 16, which opened at the Moreno Valley Mall in June of 2006.

In July of 2007 Regency Theatres opened it again as a discount operation. In 2009 the Riverside Press-Enterprise said the theatre was drawing from 5,000 to 10,000 patrons a week. The theater is also used for church services on Sunday.