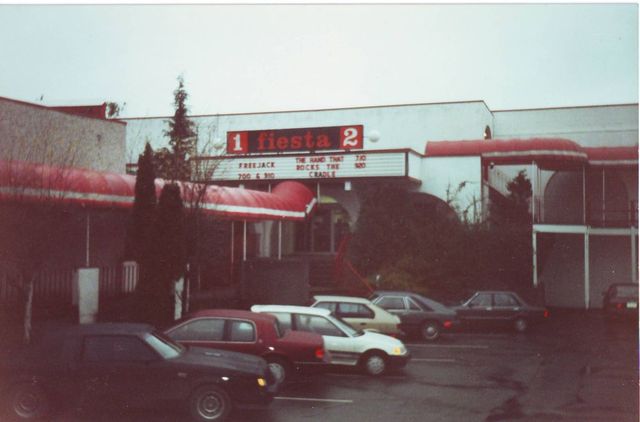 This theatre went through openings and closings like water. Initially opened on October 26, 1972 by Famous Players with seating listed at 740 in its two auditoriums. It opened as the Fiesta Twin Theatre with “The French Connection ” and “What’s Up Doc?”. Closed on March 1,, 1992 and reopened again on February 5, 1993 by Landmark Celebrity Cinemas as the Bay Theatre. It closed again on June 8, 2000, was reopened again on May 11, 2001. Closed the final time on January 25, 2002.

There are additional pictures on this theatre’s entry at CinemaTour: View link

A local live theater company was using the former cinema to stage their productions, but has since moved on.

The Bay Theatre’s days may now be numbered, as it was recently reported that the roof above Cinema One at the Bay caved in in stages, first on May 8, then again on June 5, as the result of neglect and lack of maintenance by its current owner. Nanaimo city council announced that a remedial action order had been approved on June 10, and the owner has 30 days from the date of the order to either ensure the building’s soundness or have it torn down, or the city will have it demolished at the owner’s expense. Full story below:

Status should now read demolished. The Bay Theatre was torn down this past week, as reported in this article:

The Fiesta was closed by Famous Players on March 1, 1992, with its final shows featured below: 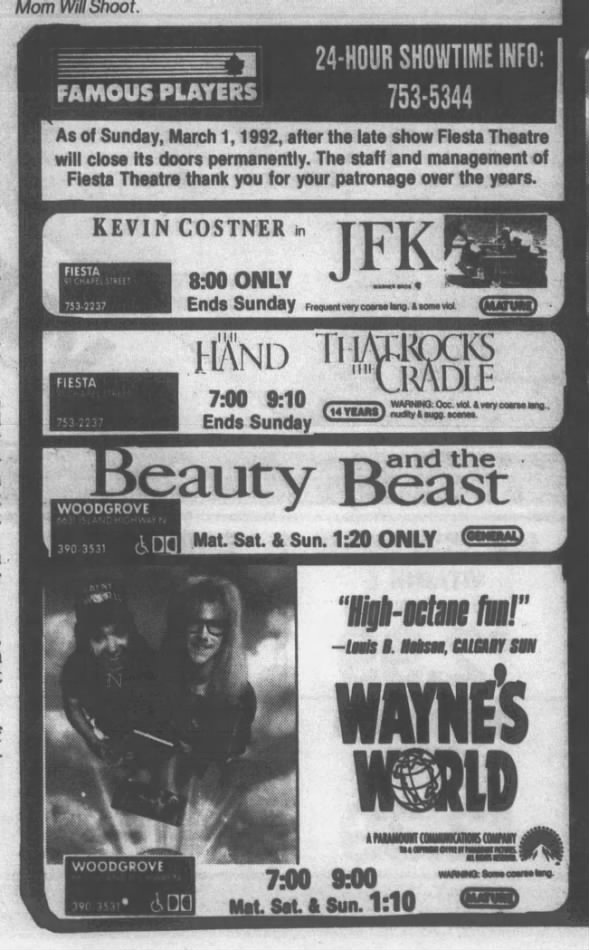