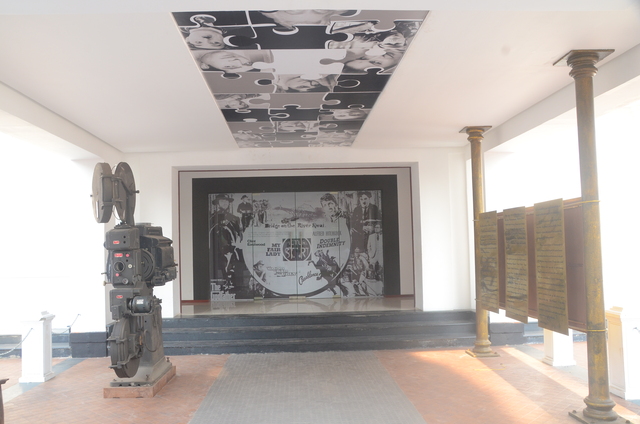 The Crown Theatre is known for being abreast with the times, upgrading the projection, sound and seating from time to time.

The management of the Crown Theatre is personally and professionally committed to give the people of Malabar (as the northern part of Kerala state is referred to as) a great movie watching experience.

The Crown Theatre in its new Avatar has been designed to ensure maximum viewing pleasure and amenities for the patrons. It has two screens, both equipped with ‘D – Cinema', Digital 3D projection, 7.1 sound and comfortable seating.

A picture of the theatre can be seen here.