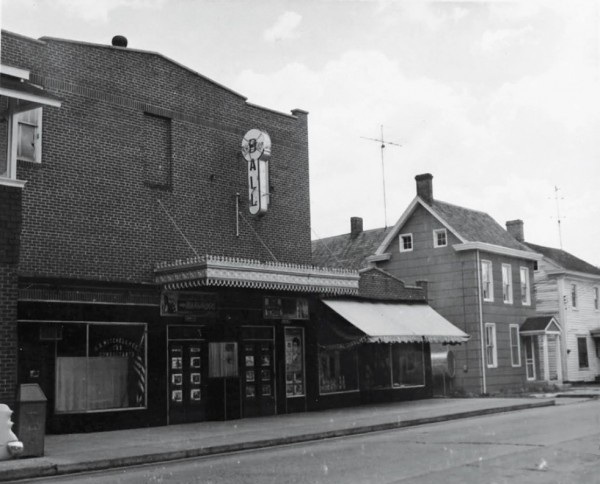 There is a picture of the theater now as a church on its page at CinemaTour.

The caption of a photo in Delaware in Vintage Postcards, by Ellen Rendleand Constance J. Cooper, says that a hotel was moved in the 1930s to clear a site for the Ball Theatre.

According to Baseball Reference, a ballplayer name Walter Betts began operating the Ball Theatre after retiring from baseball. A brief item datelined Millsboro in the July 28, 1938, issue of The Pittsburgh Press says: “Walter (Huck) Betts, former pitcher for Philadelphia and Boston of the National League is the operator of a new theater here.”

Another brief biography of Betts says: “After baseball, he owned and operated the Ball Theatre (a movie theater) in Millsboro, DE, until 1971.”

I don’t know why Google Maps has put its pin icon some two miles north of this theater’s actual location. Google Maps fetches the right location for this address at its own web site. I’ve “driven” Street View to the right address, but I can’t fix that map. The Ball Theatre building is on the east side of Main Street between Monroe and Church Streets.