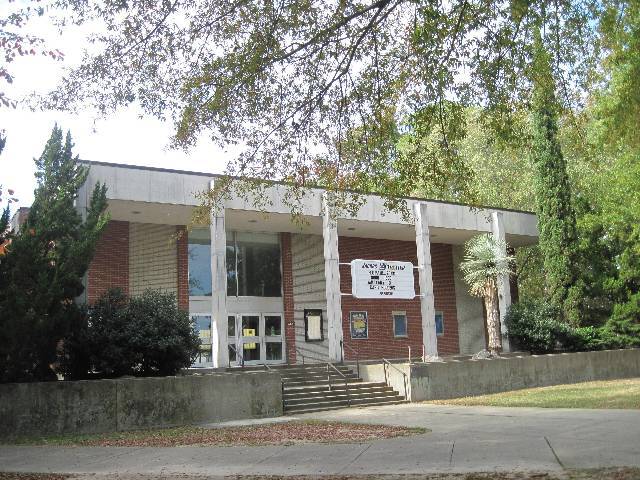 Located in Building 647, straight west of the dot on the map.

The last movies to show:

This military theater like all military theaters is used for many other uses beside movies. Now that it is no longer showing movies it is far from being closed and like all those other military theaters that have stopped showing films it is still in use, in fact it will be used for a Retirement Ceremony, October 19, 2012. It is also used for Town Hall Meetings, U.S. Army Shows, Deployment Ceremonies, Awards Ceremonies, Suicide Stand-Down, Post-Tramatic Stress Disorder (PTSD) Conferences, Shaken Baby Syndrom Programs, Hunter Education Courses, Black History Month Programs, Holiday Safety Shows, it goes on and on.

This is not the 1940 Liberty Theater that was on Fort Eustis.

An interior view of the Jacobs Theater can be seen here.