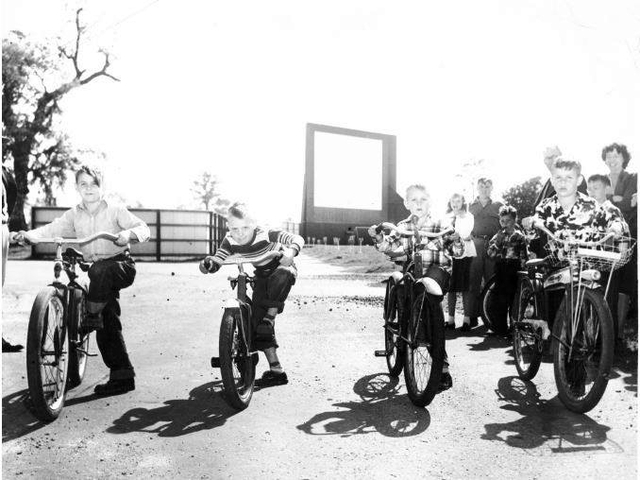 The Magnolia Drive-In opened on April 6, 1950, featuring the “Story of Seabiscuit” with Shirley Temple, Lon McAllister and Barry Fitzgerald. As an added bonus two color cartoons were also shown. It was built and operated by Consolidated Theatres and screening movies along with the North 52 Drive-In at this time. It had 60 ft. tall screen tower with a large neon magnolia that was visible from two miles away. The drive-in had a parking ramp that could accommodate 510 cars with additional seating for 200 people on the patio.

Since it was located in South Carolina which has mild winters, it was open all year long up to its closing. With the times changing in the drive-in theatre business and the property becoming more valuable, the theater finally closed on October 30, 1977. The Magnolia Drive-In was demolished and a Chevrolet dealership was built in its place.