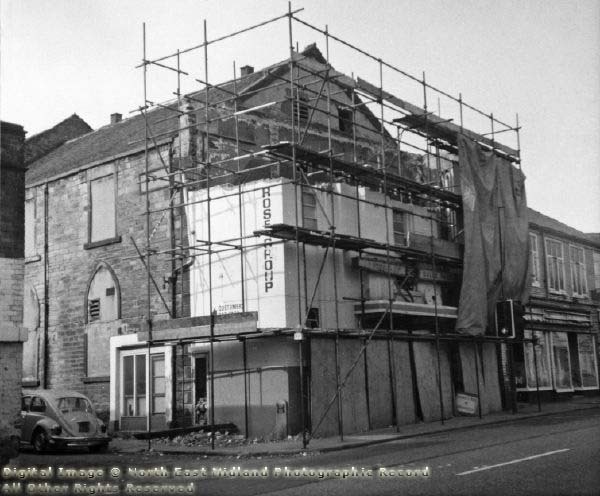 Located in Chesterfield, Derbyshire at the corner of Chatsworth Road and Clarence Street in the Brampton district to the west of the town centre. Originally built around 1870 as the Mount Zion Methodist Chapel. Church used ceased at the beginning of the 1900’s, and after a period of disuse, it was converted into a cinema, opening in late-1907 as the Central Hall.

Around 1916 it was re-named Brampton Coliseum Picture Palace. There was a capacity for 900, some seats would have been long wooden benches or original church pews.

Over the years it went through several changes of ownership. It was badly damaged by a fire in 1939, but was repaired and re-opened on 30th October 1939 with Spencer Tracy in “Boys Town, with a seating capacity for 600. It had a 20 feet wide proscenium, and was equipped with a BTH sound system.

The Coliseum Cinema was closed on 30th October 1957 with Bing Crosby in “High Society”. Reasons for closure was the ‘crippling’ Entertainment Tax and the fact the cinema was barred by other cinemas in the town from playing new releases. The building was left empty and unused for several years, then was converted into a store and warehouse. In the late-1970’s it became a car showroom, which continues in 2012 as Woodleigh Motor Sales.