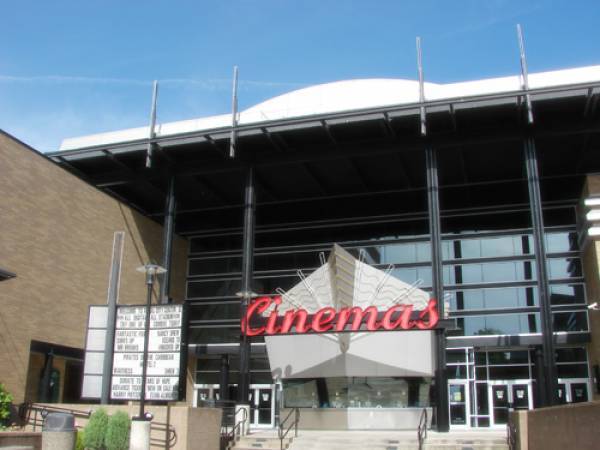 A picture of the entrance can be seen here.

TV&A were also the architectural firm that designed the Vancouver Plaza 10 for the Moyers (showing my age), though it eventually opened as Act III.

I believe this theatre also initially opened as Act III but became a Regal shortly afterward. The storefront on the northwest end originally was a restaurant called “Cafe Movie Movie”, then was a Rose’s for a number of years until Eli Kassab moved it to the SE 192nd location.

Thompson Vaivoda & Associates has condensed its name to TVA Architects.