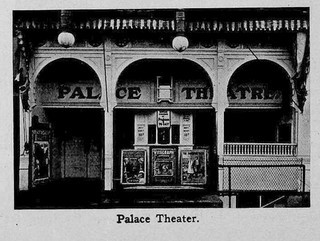 The Palace Theater was opened February 10, 1909. Initially it was a vaudeville and motion picture house. It was renamed American Theater in August 1917.

Chris is correct. The Palace Theatre was not in the building at 606 Main Street now occupied by the Magenta Theatre. This web page shows a very early photo of the Palace, and gives the address as 605 Main Street. The building is still standing, and the theater entrance is now occupied by the zoomNet Postal + store. The Palace opened on February 10, 1909, according to this page at HistoryLink.

The 1909 photo is earlier than the photo we currently have on this page, which probably dates from around 1913, but although the front of the theater was redesigned during that time it is the same building, as can be seen by the stairs at right leading down to the basement then occupied by the New Palace Billiard Hall.

What’s going on? Mow the comments are all gone.

The Magenta Theatre is an Improve theatre located at 606 Main St. Never was a movie theatre.

This item under the heading “Washington” from the August 18, 1917, issue of Motography notes a name change for this house:

“The Palace Theater at Vancouver will change its name to the American. The manager’s name will be John P. Kiggins. Some improvements and decorations will be made.”

Organ for the new theatre: 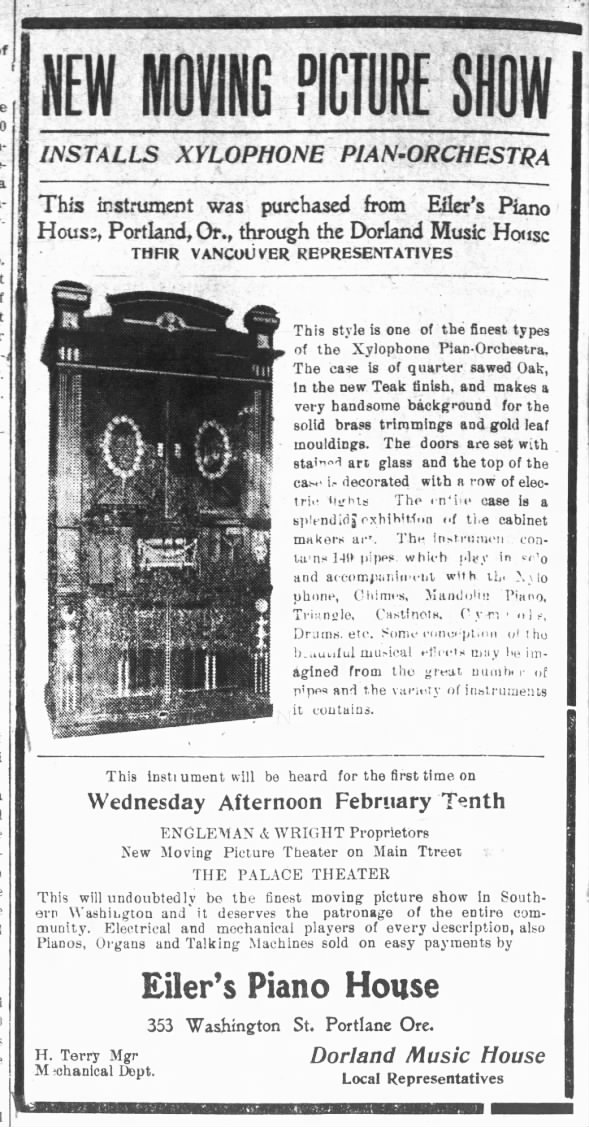