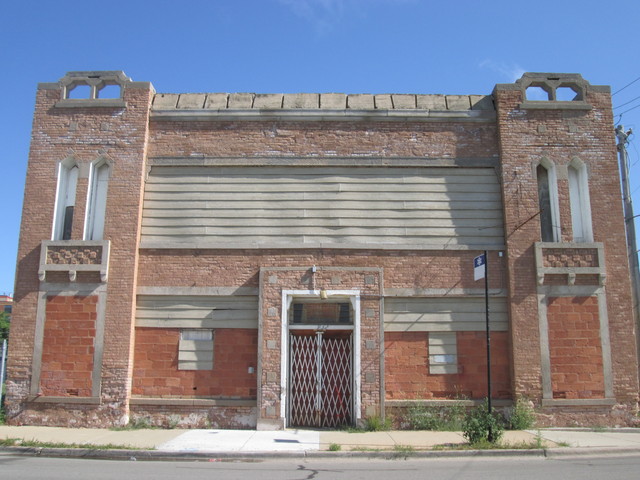 The Ellis Theatre opened in 1910 as a vaudeville theatre. It closed 1915. It was in use as a laundry for many years.

This entry appears to refer to two separate theaters.

The Shakespeare was built as the Shakespeare for the Alfred Hamburger circuit in 1914 and stood at 940 E 43rd. It was never named the Ellis and is demolished.

The pictured building at 932-934 E 43rd is probably the Ellis. I wasn’t able to find much on the Ellis; it was a vaudeville theater in the area but no listed address I could find. It seems to have operated 1910-1915. It was definitely closed by 1925, used by then as a laundry. The architecture is typical of a 1910 theater and it had a small balcony. Probably they closed the Ellis and opened the Shakespeare across the alley.

To be converted into a music venue.