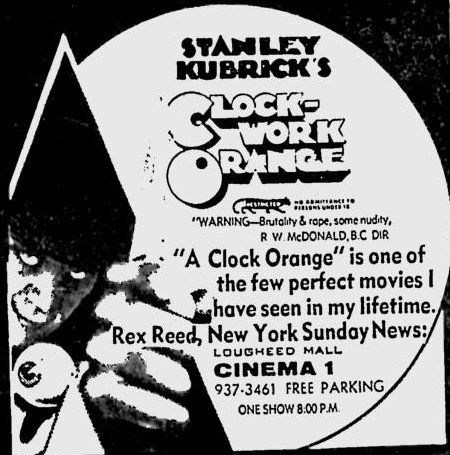 Famous Players opened the Lougheed Mall Cinemas on December 5, 1969. Seating was listed at 1,526. This was the first triplex to open in Canada or so they say. The cinemas closed in 1991 and was reopened in 1995 by A Theatre Near You. It closed its final time in 2002.

The Lougheed Mall Cinemas were closed by FP in February 1991 and reopened in November 1991 as a second-run house operated by a small chain called A Theatre Near You. 20th Century Theatres never operated outside of Ontario and had already been folded into Famous Players around 1980-81.

As cited in this retrospective article, the Lougheed Mall held the longest-running engagement of “The Bad News Bears” (1976) in Canada (and the second-longest in North America).

ScreenClassic is correct. The longest Lougheed was ever closed for was the nine months it took to transition it from a first run theatre to a second run cinema.

Oh and fun fact : The cinemas are actually still there! They just built Flight Centre and Sport Chek in front of them. A friend of mine that works at Tim Hortons and my neighbour that works at London Drugs both told me. So if they wanted to at any time in the future, they could remove Flight Centre and Sport Chek and reopen. They’d just have to do one hell of a lot of mopping, dusting, etc.

This was one of the biggest 70mm houses in the Vancouver area. It played pretty much whatever The Stanley was running downtown.

After reading Darren’s above post, I got in touch with mall management who did confirm the cinemas are still there. Of course, my request to go for a tour of them was denied.

Very curious to know what was left behind. 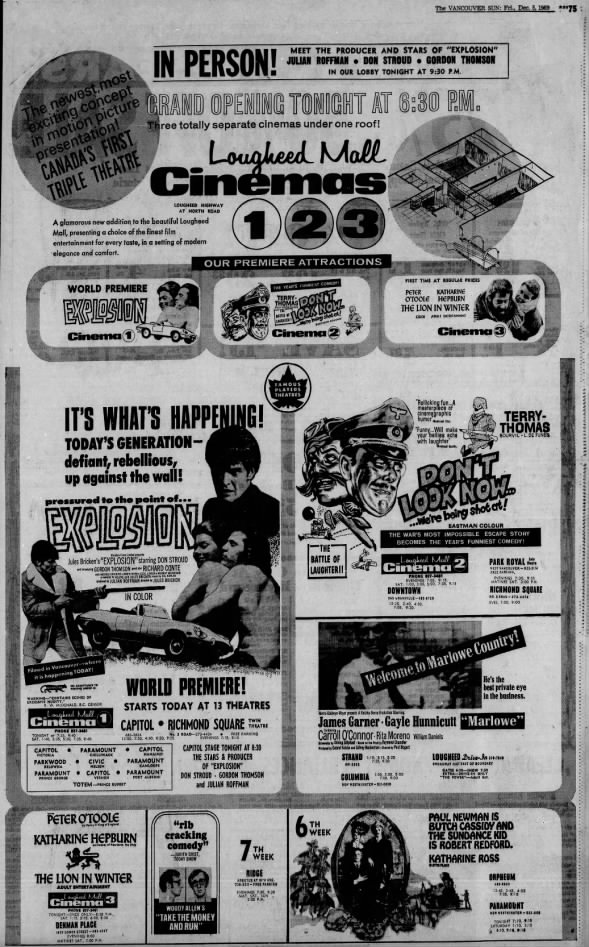