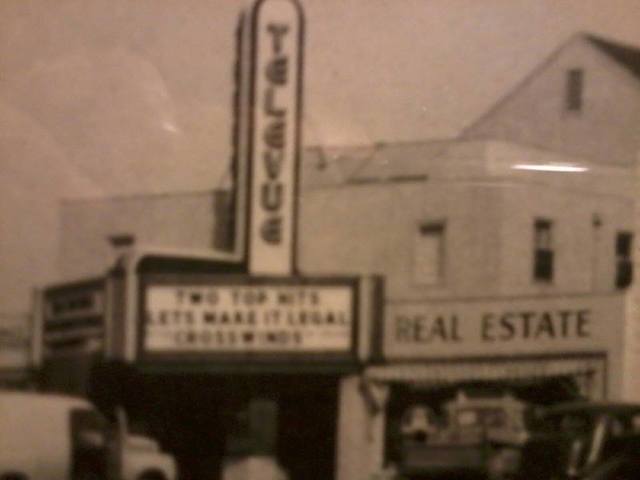 It has since been demolished and currently on the approximate site there operates a car dealership, a bar and a pawn shop.

Thanks for posting this! My grandparents used to live off of McLoughlin so I used to hear about the Teleview. Can’t remember if we drove by it or not.

I think it was probably built before 1950, the Palace in Silverton is a twin, and they list is as built in 1936. I saw a lot of movies there in the 60’s and lived right behind it. I still live in Gladstone. It had kind of an art deco them inside. The Palace is been saved, but much if the original features are gone now, due to fire and remodeling. Several people up a lot of money and work into the Palace, and kept if from being demolished like the Televue. Most of the small neighborhood theaters in this area have been torn down. Silverton where the Palace is, doesn’t have the “big box” competition.