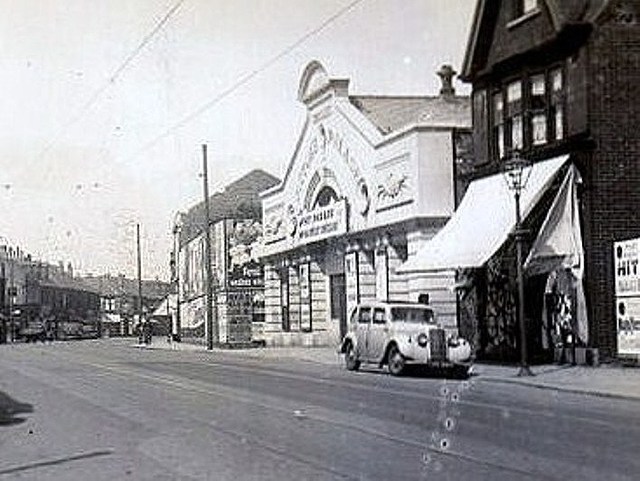 Located in the west Sheffield district of Crookes, at the corner of Crookes and Nerwent Lane. The Crookes Picture Palace was opened 2nd November 1912. It had seating in a stadium plan, with a raised section at the rear, rather than an overhanging balcony. The proscenium was 30 feet wide. It was equipped with a Western Electric sound system in June 1931 and was re-named Crookes Picture Theatre. This name survived through the 1930’s, when it was reverted to Crookes Picture Palace again.

The first CinemaScope film to be screened here was “My Sister Eileen” starring Janet Leigh, in June 1956. The Crookes Picture Palace was closed on 2nd April 1960. It was converted into a supermarket, by 2020 a Sainbury’s Local and now sports a new façade.