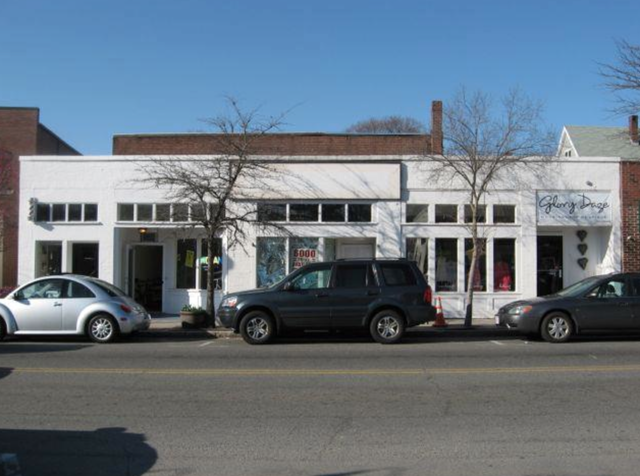 The State Theatre, located in East Milton operated for over five decades and closed as the Milton Cinemain 1987. The theater is still standing, although the owners seem to have no plan to reopen it. It was used for storage and as a cafe. In 2016 it became a restaurant.

Yes, there was a fire at the coffee shop and it did spread to the old theater, however, I live down that street and the old theater is still standing. The coverage of the fire shows the theater, which can be seen here
http://www.youtube.com/watch?v=Z-qiAA3EM_M

Re: ken mc’s photo of May 1 — note the name on the marquee “Milton Cinema”, NOT “East Milton Cinema”. My memory is that this theater was called the State for many years, then the Milton Cinema.

Under “E. Milton” (Mass.) there is one movie theater listed in the 1927 Film Daily Yearbook: the Cunningham Park with 386 seats, open one day per week. I know nothing about it; there is a large public park in East Milton called Cunningham Park.

Here is a Youtube video of a recent walk through the old State Theater/Milton Theater. Frankly, the video is not very good, and it is hard to hear much of the talking or see much. But the shell of the auditorium is still intact. Looks like there’s some sunlight peaking through the roof, though.

Yeah, that’s my crappy footage. The phone I took it with turned the video sideways. Apologies for the quality. First off, it was an experience I was looking forward to since I was a child. I missed that theater and it killed me every time I got a coffee in the “Java Joe’s that took over the front lobby area. The auditorium was walled off, basically keeping the auditorium intact. The seats were all removed, as well as the screen. The whole for the projection booth was still there however the room was made into storage for the coffee shop. The ceiling didn’t have any light coming in from it. The light was from the hanging workman’s lights they had in there. The fire that destroyed the coffee shop did do a lot of structural damage to the premise, and the floor was down to it’s concrete. The shell of it all is intact. It is easily a $7 million restoration. My Best and Oldest friend arranged the meeting with the owner and went over numbers and figures. We have been speaking with an investor although it looks like nothing will be happening soon. It’s still our goal to return the theater to as close to the old appearance as possible, as well as have it as a theater for performing arts. There is one definite guarantee. If we are blessed enough to have this happen the first movie to be shown will be "Jaws”. Keep your fingers crossed and hope to see you there sooner than later.

FYI. I just edited the video so it no longer appears sideways. Enjoy.

According to an item in the Quincy Patriot Ledger yesterday, the Falconi Companies hope to close on purchasing the building on June 15th. All 3 business tenants at the front of the building will remain. Falconi will form a company, Milton Theatre LLC, which will operate a restaurant in the theater space. The theater has been empty since the fire in 2007; prior to that it was used for storage.

A member of my high school graduation class was the owner at one point in time of the cinema. He could not compete with a 8 screen multiplex in Quincy MA

The Milton Cinema was the subject yesterday of the occasional feature “Whatever Happend to …?” in the Quincy Patriot Ledger. There is a 1987 exterior photo. For info about the cinema, the writer came here to this page in Cinema Treasures. The copy concludes with the news that the Novara restaurant opened in the space in 2016 and has “movie-themed decorations”. So the building is still standing with a restuarant inside.