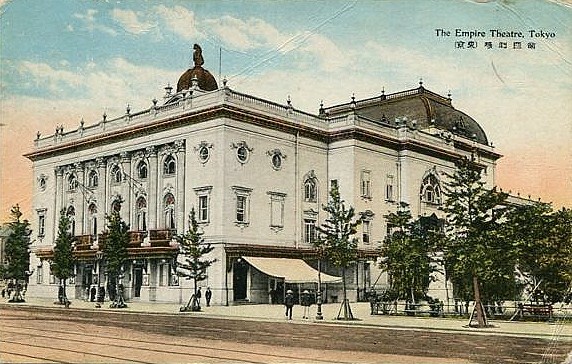 Located in the Chiyoda district of central Toyo, on the river bank. The Imperial Theatre was opened on 1st Mach 1911. It was also known as the Imperial Gardens Theatre. It was damaged by a fire following an earthquake on 1st September 1923.

It was rebuilt and refurbished, reopening in 1924 as the Empire Theatre, and had 1,700 seats. Used for Western opera, plays, musicals and Kabuki performances.

The Empire Theatre was converted into a cinema in 1955. It was demolished in 1964, and the two auditorium National Theatre was built on the site, which opened on 1st November 1966.