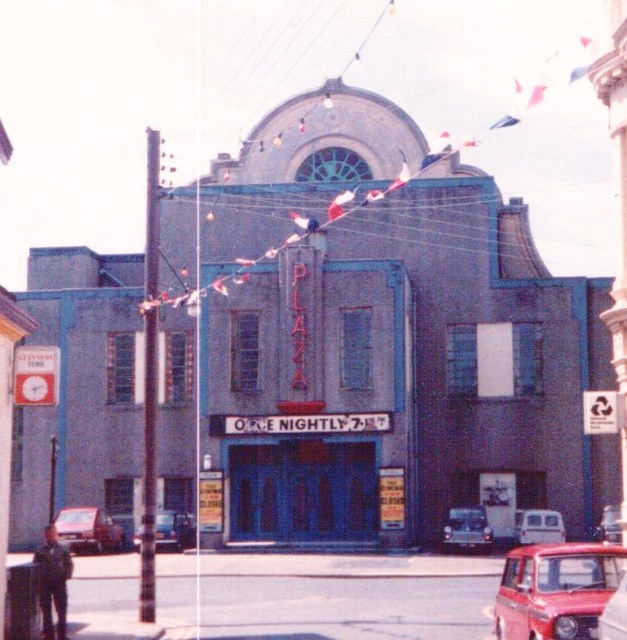 Opened c.1890 as the Palace Concert Hall & Ballroom. Purchased by the Isle of Man Tramways & Electric Power Co. Ltd (today’s Manx Electric Railway) in 1897 and operated separately under lease until sold in c.1938.

Converted to a cinema in 1912, it was modernised in June 1936 and renamed Plaza Cinema. During the 1960’s it was under the control of Ramsey Amusements Ltd. when it had 950 seats, a proscenium width of 32ft and stage depth of 14ft. Two dressing-rooms were provided.

The Plaza Cinema closed in 1974 and after a brief use as a leisure centre during 1976-78 it was finally demolished in 1990. The site being used as a car park.