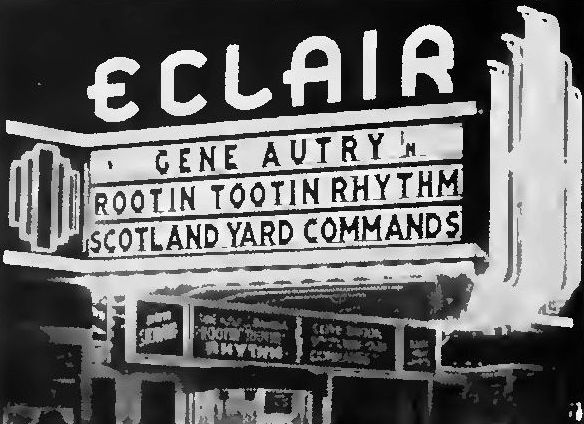 The Eclair Theatre opened in 1918 and closed as a cinema in 1954. It found a new life into the early-1960’s as the home of the live “Ohio Barn Dance” country-and-western stage shows, that were also broadcast on a radio network which eventually grew to ten stations. In 1950, Co-operative Theatres of Ohio owned the Eclair Theatre.