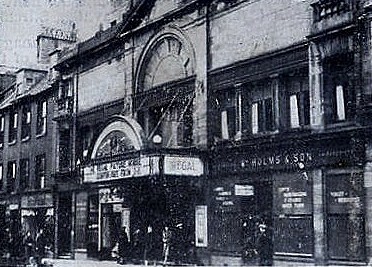 Located in Greenock, Strathclyde. The 1,500-seat Picture House was opened on 26th November 1921. It had a 24ft wide proscenium and full stage facilities. It was taken over by the Associated British Cinemas(ABC) chain and was enlarged to 1,700 seats, re-opening in December 1929 as the Regal Cinema and was equipped with a Western Electric(WE) sound system.

Re-named ABC on 24th May 1976, it was converted into a triple-screen cinema from 21st June 1979. Seating in the former circle was provided for 550, and the two mini cinemas in the former stalls seated 212 and 159. It was taken over by the Cannon Group in April 1986, and was eventually re-named Cannon, but this was short lived as the Cannon was closed on 10th September 1987, and later demolished.

The new building on the site currently houses a branch of Bon Marche and a Burger King Restaurant.