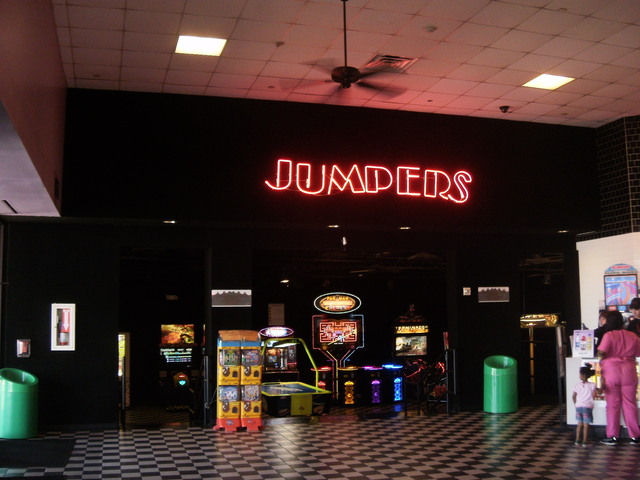 Rand Theatres opened the Movies 8 on June 10. 1988. It was closed in 1989. It was taken over by Cinemark on February 23, 1990. The theatre featured RealD-3D, self service ticketing, digital projection and sound and second-run attractions. The Cinemark Movies 8 was closed December 15, 2016.

and reopening as the Cinemark Movies 8 on February 23rd, 1990. Another ad posted.

Though a first-run theatre charging first-run prices, Rand wasn’t able to fill all of the screens at many theaters that Fall. The North Hills Village 8 had films that had already left dollar houses in addition to a few contemporary films in early October. And October 7, 1989 turned out to be the most unusual day for the DFW Rand Theatres. Tired of being ignored for sales tax revenue, police were instructed to go to the theatres that night and demand that all box office and concession dollars be turned over to them. An unusual request - and employees were said to have been polite and even offered concessions for no cost. The theatres were foreclosed upon and ended that night.

For weeks, the theatre was still listed as “showtimes not available” but lock-out notices at each of the venues told the real tale. News quickly spread to the theaters in Arkansas, downstate in Texas, Tennessee, and projects in Illinois and New Mexico. The Rand Circuit was shuttered and Tony Rand went to prison in the first of two high-profile financial schemes gone awry. Cinemark took on the North Hills Village 8 facility as a discount sub-run location rebranded as Movies 8 on February 23, 1990 running until 2016.