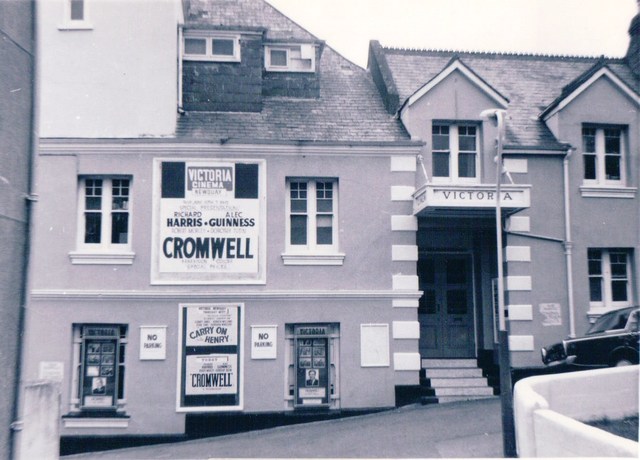 Located in Newquay, Cornwall. The Victoria Hall was converted into the Victoria Cinema in the early-1930’s, when it was equipped with a British Thomson Houston(BTH) sound system. It had a 20 feet wide proscenium. It became part of the Jackson Withers chain in the late-1930’s. In November 1976 they were taken over by the Rank Organisation.

The Victoria Cinema was closed, and was converted into the Capitol Bingo Club.

It has since been demolished, and the Lighthouse Cinema has been built on the site, opening in May 2011.

The Jackson Withers Circuit was bought by Rank in November 1976, this included the Cornwall cinemas run by them, however, Rank quickly disposed of them to independents. This particular venue was bought by WTW Cornish Cinemas as they are now known, operating as Capitol Bingo alongside WTW’s Capitol Bingo club in St. Austell, which is still open.