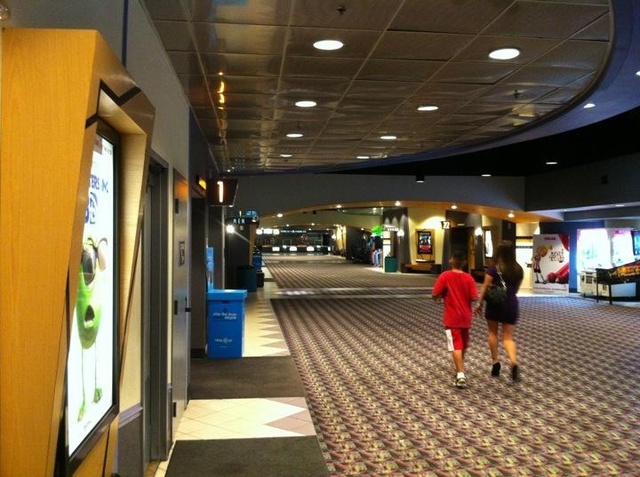 The AMC Arizona Center 24 opened on March 6, 1998 in downtown Phoenix.

Local news sources note that the center was originally owned by the city. With the exit of Gap and Foot Locker the retail portion of the center never lived up to its potential. The food court had to be closed and converted to offices and upscale restaurants were added for the tourist trade.

A later lessee of the center filed for bankruptcy and since 2011 the center has been under the ownership of a well respected REIT. The Phoenix Business Journal quoted the selling real estate agent: “It’s a great property and these people, I think, will make it even better".

Hard to tell, but by the showtimes, it seems they are only 18 screens open now.

This one isn’t your typical layout so it may not lend itself to the typical “shut down a hallway” so it’s hard to say. I’ll be in PHX next week, I’ll try and stop by and figure it out.

I’ve been to Phoenix but not to this theater altough I had been receiving e-mail from Grand Canyon University so chances are if i get accepted to that college I will propably catch a movie here and see if they still have 24 screens maybe AMC is doing this to add in extra space for other things.

I visited last month and can confirm all 24-screens are still open and operating. Some of them looked like they had brand new carpet, didn’t look like they were preparing to shut down any portion soon.

When I checked earlier, I am guessing the theaters that were closed were probably undergoing renovations at that time.

I think they may have just added new carpet. The entire development (not just AMC) was being renovated so perhaps AMC is hoping there’s some life left in this place.

Please remove IMAX from summary. This AMC dosen’t have IMAX. It probadly not a profitable theatre to upgraid.