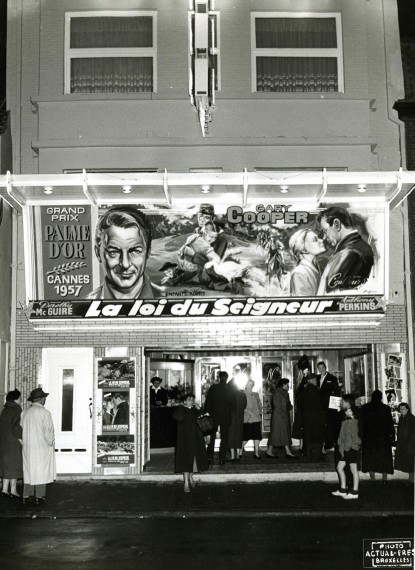 Located in the Schaerbeek district to the north of the city centre. The Nova Cinema was opened in 1934. The narrow entrance led though a corridor up some stairs to the auditorium, the orchestra level being on the first floor and the balcony on the second floor. There was a ground floor basement, but it is unknown what this was used for. The Nova Cinema was closed in 1974.

In recent years the façade/entrance to the building has been remodelled, into apartments. The basement under the auditorium building and the first floor foyer have been converted into rehearsal rooms and recording studios, with a bar that is open to the public. The main body of the auditorium was used for storage. By 2020 it was used for special events.