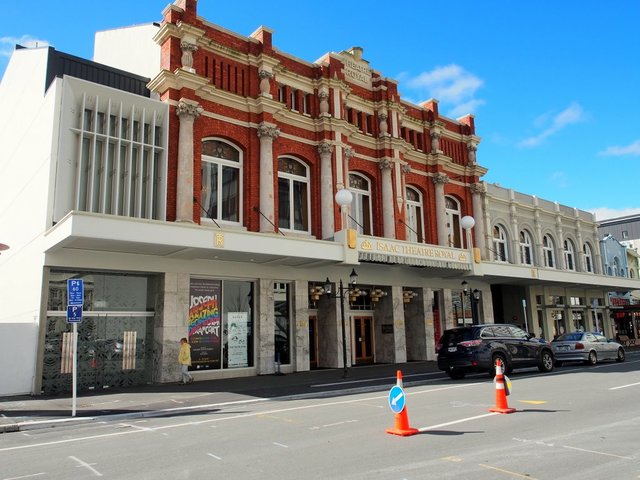 The Theatre Royal was opened in February 1908 with a production of “The Blue Moon”. It was operated by the J.C. Williamson circuit. While it was a stage venue for many years, in the 1920’s it did screen some prestigious silent films.

The Theatre Royal received a make-over in 1928 and was converted into a cinema. Occasional stage shows were held. It was operated by Christchurch Cinemas, then later by Kerridge-Odeon, it operated as a full time cinema from 1941 until 1956, although only operating at weekends from 1950.

The Theatre Royal re-opened as a live theatre and was taken over by a trust in 1980. It was badly damaged in the February 2011 Christchurch earthquake. Most of the interior was destroyed and the building was near to collapse. Renovation and restoration work began in March 2013 and was completed to reopen on 17th November 2014. There is an ongoing public funding campaign to help equip the Theatre Royal with digital projection equipment.