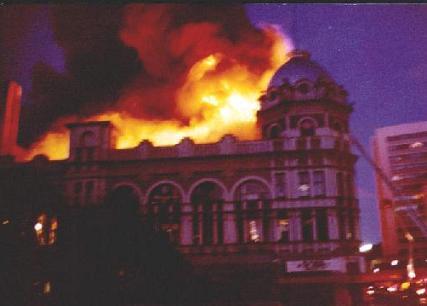 Opened on 16 August 1930 and designed by architect John G. Guthrie in an Atmospheric style, with a seating capacity of 1,568. The auditorium was destroyed by a fire in 1976.

It was closed on 22nd February 2011, due to the massive Christchurch earthquake. Sadly, the damage was so excessive, that the building was demolished in July 2011.

I was assistant manager when it reopened in 1981. The lobby had been unaffected by the fire but had been modernised and had lost all its grandeur. Overall the redesign was very poor and tacky with the upstairs main cinema being made to resemble the inside of a 747 jet with plastic recessed walls and paneled lighting. There were huge areas of wasted space and a better design could have easily included more screens. These cinemas have now been demollised and the current 4 screen complex is built in what was the former upstairs lobby. But again the cinemas are very poorly designed with the entrance to each being at the front and beneath each screen

This cinema faces the wreckers ball.

Demolition has been put on hold.

Sadly, it has now been confirmed that as a result of the June 4, June 6, and June 13 earthquakes (Mag.4+) causing more damaged this cinema is being demolished.