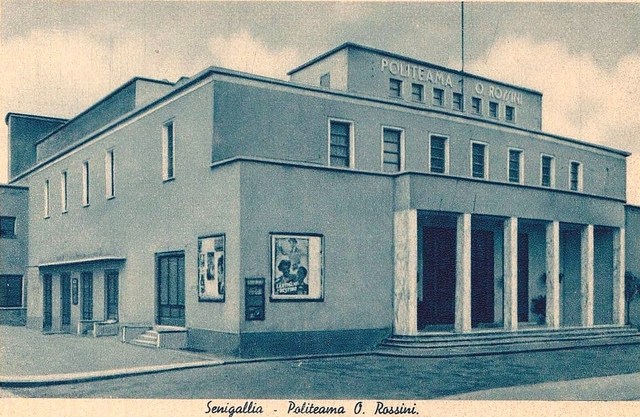 Located in the eastern coastal town of Senigallia, south of San Marino. The Cinema Politeama O Rossini was possibly built in the late-1940’s.

By 2010, it had been closed for many years, and despite hopes it would be converted into use as a convention centre, it was converted into a shopping mall.