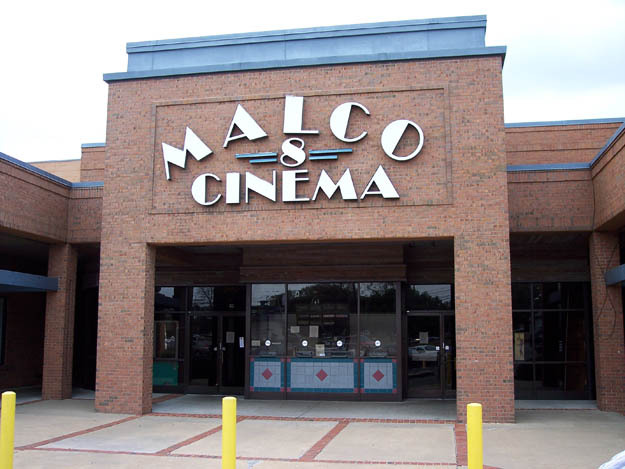 On July 3, 1987, Malco Theatres opened the Winchester Court Cinema (three of its eight screens) as the company’s and the area’s first multiplex. This opening came only three and a half months after construction began. The estimated price tag for the complex was around half a million dollars. The first film shown was “Innerspace”.

The theatre closed in 2008. Information from Malco Theatres via Wikipedia. Used with permission.

when I was young this was the movie theater I went to most of the time to see movies. I thought it was a really nice theater. I saw a lot of really good movies there between 1988-1999.Great memories!

I was the Head Projectionist at this theater from opening in 1987 to 1991 when I moved to the Appletree 12. The above bio is mistaken. We did not have 70mm ability on our 2 main screens, only on screens 5 and 6 (a 350 seater and a 210). To test the equipment the first 70mm films we ran were “Altered States”, “Aliens”, and “Pink Floyd’s The Wall” as midnight runs. “The Wall” ended up staying in the booth the entire time I worked there and was run for audiences every now and then. I kept it built up on a platter and my friends and I would often run it after hours while enjoying various forms of recreational play. Also, all of the auditoriums did NOT have Dolby processors. The 2 smallest screens had a system called “Smart Sound”, not bad sound. The booth had a covered exit stairway that led out back where the Manager and I parked, (his office was upstairs, off the booth). I remember one day I was sitting on the stairs smoking some AHEM when suddenly the booth door opened and out he came heading to his car. His only comment as he passed by, “Don’t bring that in the theater”. Great guy!

Saw many free movies at this place thanks to the back door. We lived in the adjacent neighborhood and walked here frequently from the opening year in 87. I recall there was a Pink Flamingo gift shop and David’s Cookie’s next door until it became a Chinese Restaurant. Some movies I saw included Adventures in Babysitting, Innerspace, Back to the Beach, Star Trek V Final Frontier, Indiana Jones III and Last Crusade, Home Alone, Home Alone 2, Wayne’s World, Wayne’s World 2, Uncle Buck, Hot Shots!, Dirty Rotten Scoundrels, Misery, Police Academy 6: City Under Seige, Freddy’s Dead: The Final Nightmare, Only The Lonely, Groundhog ParkDay, Arachnophobia, Son-In-Law, Jurassic Park.

staylor066- We opened the theater with Innerspace in the THX house (house #5), which was one of the first 50 THX screens ever. Indiana’s Last Crusade we ran in 70mm (large format), and we also were one of the first dozen theaters in the world to show Jurassic Park in digital sound. It was DTS (Digital Theater Systems), a process where the sound was on a CD-ROM drive playing in synch with the film. Almost every film you listed I built up on our platters and ran. Glad you enjoyed the place, it was a real joy working there.

zebtheamerican and I had dueling midnight shows during the late 80’s – early 90’s. I was showing the midnight Rocky Horror Picture Show over at the Paramount theater during this time. I came on board as one of the projectionists at the Winchester Court in the early ninety’s. Oh the memories…wish I could still remember half of them.