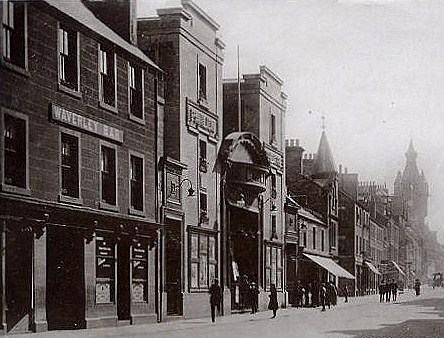 Located in the Scottish Borders town of Hawick. The Pavilion Theatre was opened in May 1915, and was built for and operated by George Urie Scott of Scotts Electric Theatres, Glasgow. Built for cine/variety, it had a 25 feet deep stage behind a 30 feet wide proscenium. There were three dressing rooms.

The Pavilion Theatre was equipped with a Western Electric(WE) sound system in 1930. It was equipped with CinemaScope in 1954, and was closed in 1964 with the final film being “The Sherrif of Fractured Jaw” starring Jayne Mansfield.

The Pavilion Theatre was later demolished.